JIN is the new mechanic that you can use to strengthen your team. It will your team give some effects and buffs, depending on your team composition.

The parameter change by JIN

JIN affects your heroes’ parameters like extensions, regardless of which hero you set to the team.

・JIN affects all (front, middle, and back) heroes, all parameters(HP, PHY, INT, AGI). ・There are not only positive affect, but also negative affect.

The requirement to occur JIN effect.

When your three heroes have the same attribute, JIN effect will occur.

②Meets the JIN requirement to occur with your three heroes alive.

Some JIN has the requirement like the number of action to occur. ※About JIN, The action of Passive skill won't be counted.

※If your hero is dead after JIN occurs, your rest heroes gets the effect.

③There are no same heroes.

When you set some same heroes in your team, JIN won't occur. You need to set different heroes.

Note: ・Replica heroes also have the same attribute as the original one, so you can use them when you want to use JIN effect. But when you can't use different heroes. ・You can get the parameter effect of JIN when your heroes can't meet the attribute. Regardless attributes, you can get parameter effect. 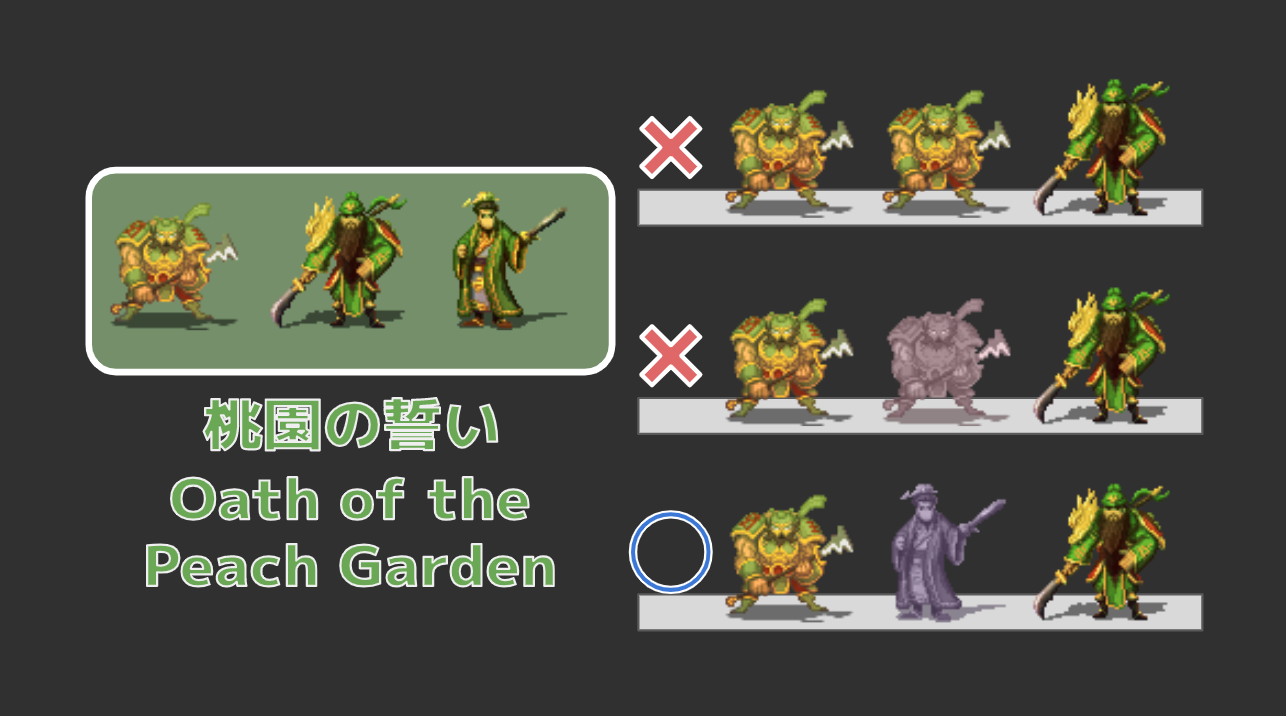