[2021.10.07 added]Beginning with Season 35, which starts on October 11th, there will be a significant change to the specifications of flag battles.

As the ecosystem, when your Land wins the battle, the more Knight Achievement Point you get, the more Cp you will get!

Be a strong Knight and get Cp reward!

Flag Battle is the last three battles in the Season. It is the land-battle content where G5, the top five Knights, and all Knight will battle against the opponent Land.

It is called "Flag Battle", the most honored content.

In each battle, all Knights battle against the other Land's Knight to get the Flag Point.

Cp will be distributed as a reward. The total amount of Cp is decided by the total Flag Point.

*If the battle results draw, each Land gets the Flag Point.

As the current rule, we will distribute 1 million Cp by the total share.

In the future, we will decide the Cp reward automatically linked to Cp supply and demand in Cryptid Wars.

Cp will be awarded at the time of the season changeover, which is the day following the last day of the flag battle.

How to fix the opponent?

In each Season, the opponent Land is automatically decided.

Each Land battles against another Land per Season, so all Land will finish the battle against all Land in 8 Seasons.

In each Land, the flag point is distributed for the winner's Land. When you're 20th Knight and win the battle, your Land gets 25 points.

When an individual wins a flag battle, the same amount of flag points will be added to his/her Knight Achievement Points. 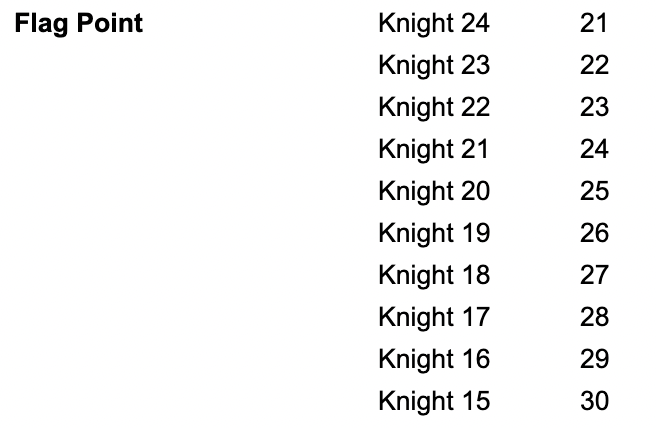 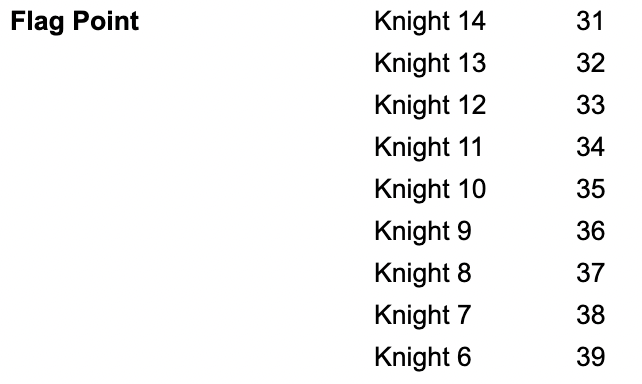