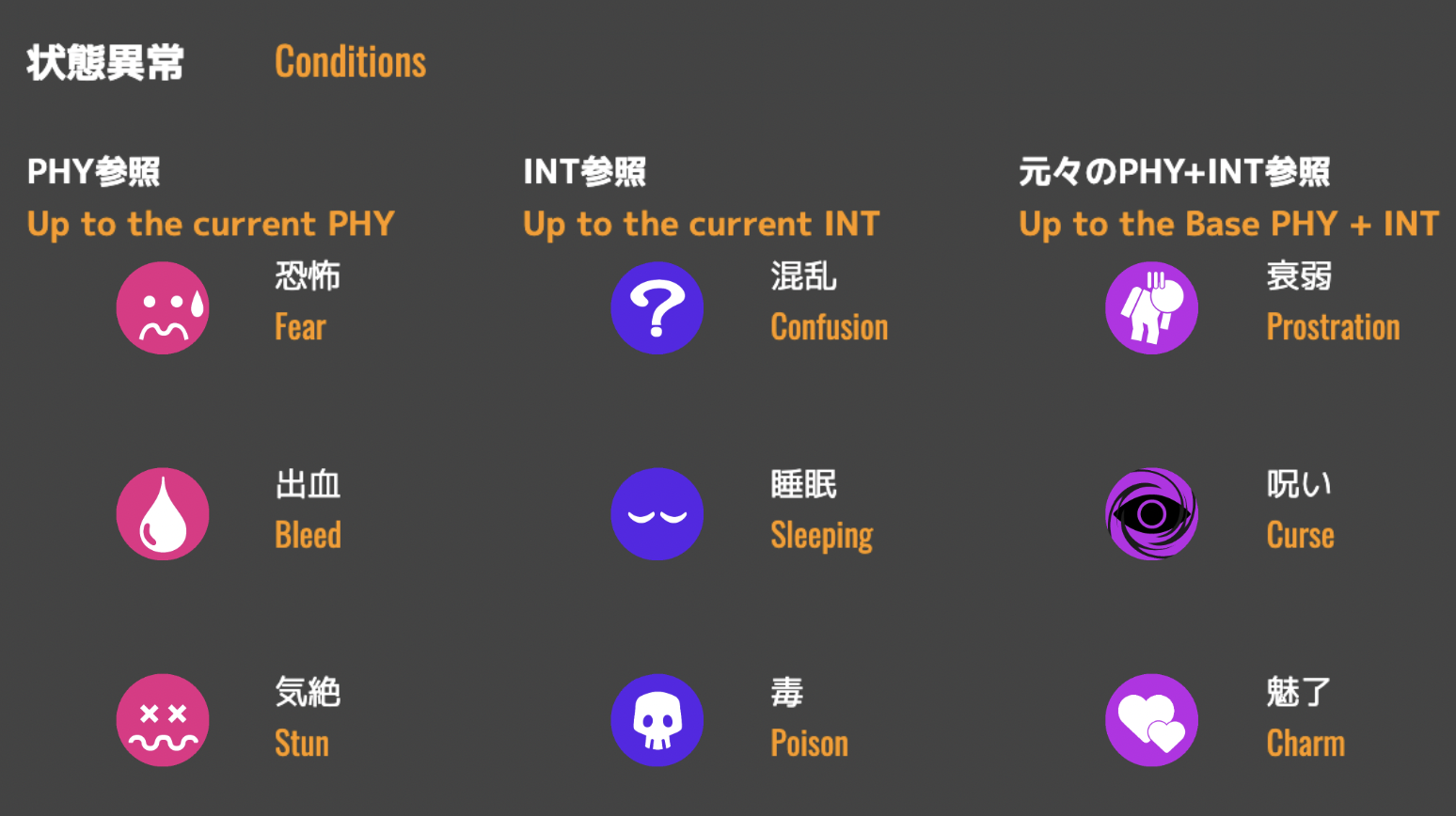 In My Crypto Heroes, your Heroes can be affected by conditions caused through Active or Passive Skills. A few examples are Confusion, Sleeping, Poison, and Fear.

Let's learn more about them:

"Default" means the status when the battle starts.

Effects that change the probability of inflicting a condition

Increased probability of infliction and resistance may be added by hero auras and other means.

The percentage will be added or subtracted from the above formula.