Winners Ticket is a new element that has been added as a reward in the 2021 battle content.

[Added on 2022.11.01] Winners Ticket will be abolished with the implementation of crafting, and one of the materials "Emblem" will be changed to be obtained from duels.

Winners can earn tickets based on their ranking in duels and other events, and collect them to exchange for various extensions.

About obtaining tickets in Duel Cup 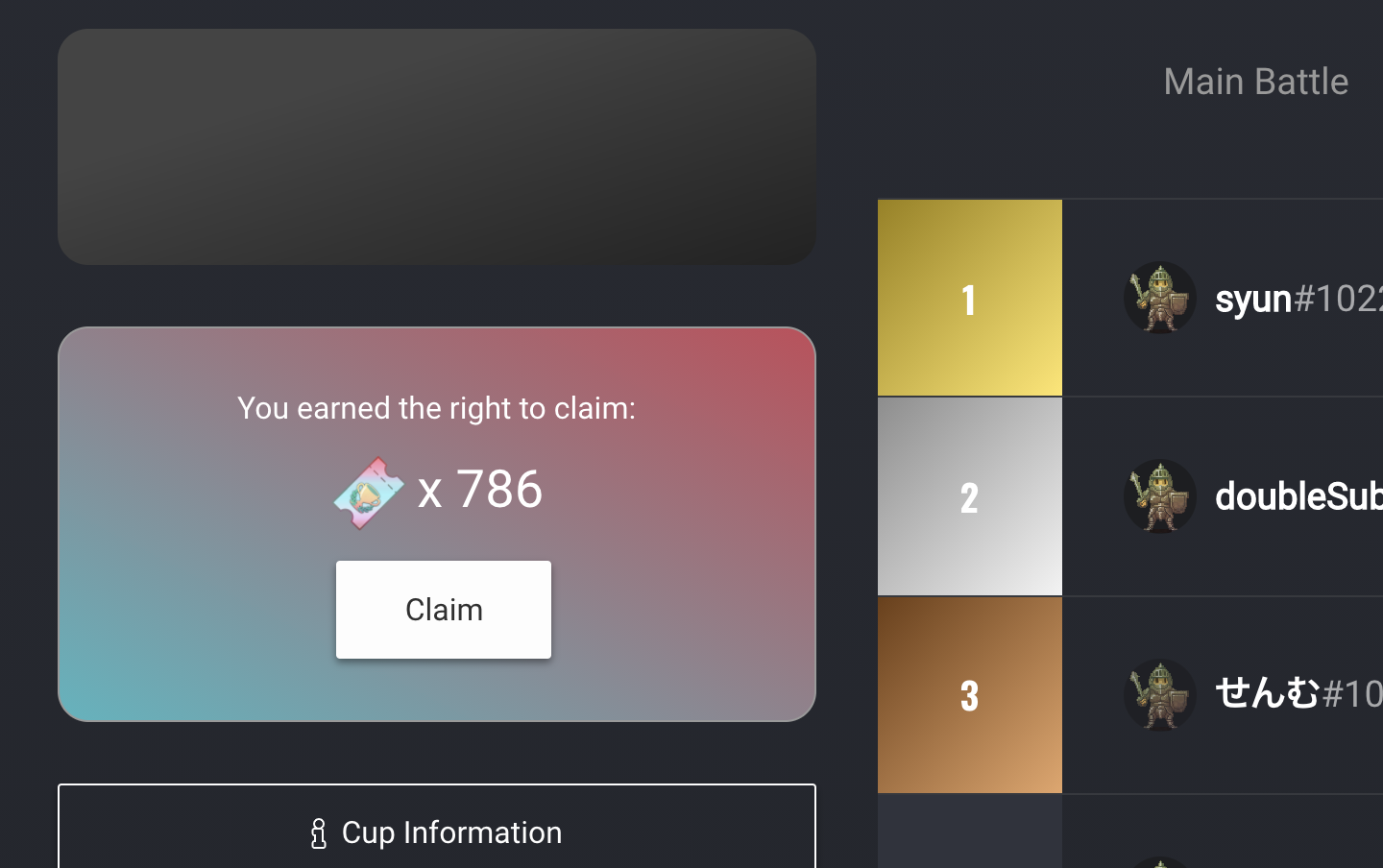 We are also considering an opportunity factor, where the base rate of CE consumption is calculated as a percentage of the amount of CE released in the previous season's quest.

The goal is that the supply and demand balance of CE will be automatically adjusted according to changes in the number of users and other factors.

In "Exchange", You can trade your Winners Ticket for extensions.

The following are the initial setting amounts. Each value is subject to change.

Amount of tickets earned by Class and Ranking

Amount of CE required to obtain tickets, by class

Number of tickets required for exchange by extension rarity

The number of Winners Ticket you need decreases until the price reaches n%*the Opening number.

The percentages are different for each rarity and are as follows:

This may be adjusted depending on the number of extensions remaining in stock, the overall circulation of tickets, and the original maximum number of tickets to be issued.