Gym is for training and enjoying the battle of MCH. 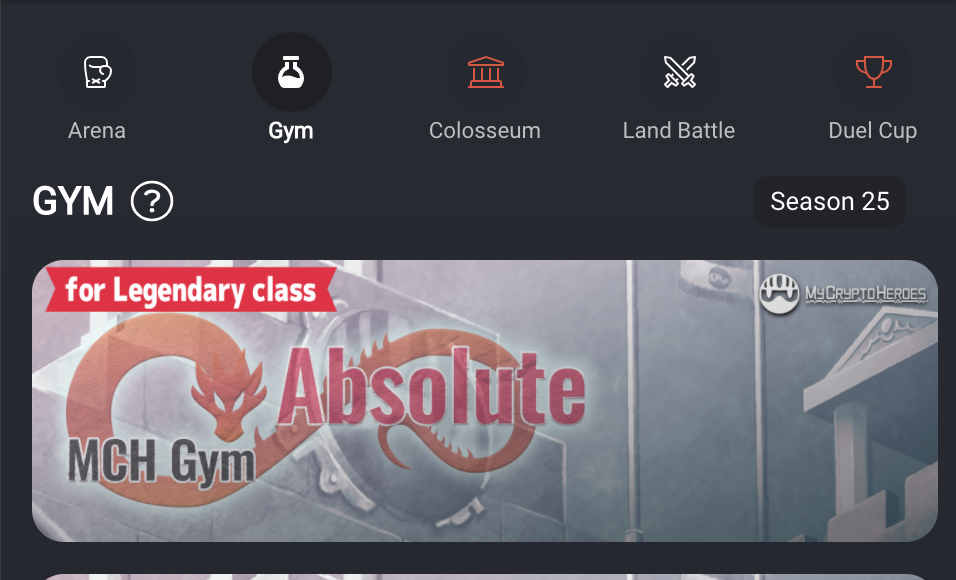 All assets are available.

Once you enter, you can battle with all heroes and extensions.

Duplicate entries allowed for all classes

There are several gyms with rarity restrictions going on simultaneously, but you can enter them all at the same time.

You can use them to try out the heroes and extensions you want to try before buying or researching your team to win duels and Colosseum!

*There are no particular rewards.

There is a "rating system" in which you compete for rankings. Your rating will increase as you win battles.

The opponents are both the existing players and virtual players.

While you are offline, your team will continue to battle and your rating may change.

You need to set up four teams in Gym. When you enter the game, heroes are set randomly. The same four teams are used as the defenders when other users match your data.

This one match is called "Round". Fighting the same opponent for several rounds is called "Match", and winning a match is counted as one victory. 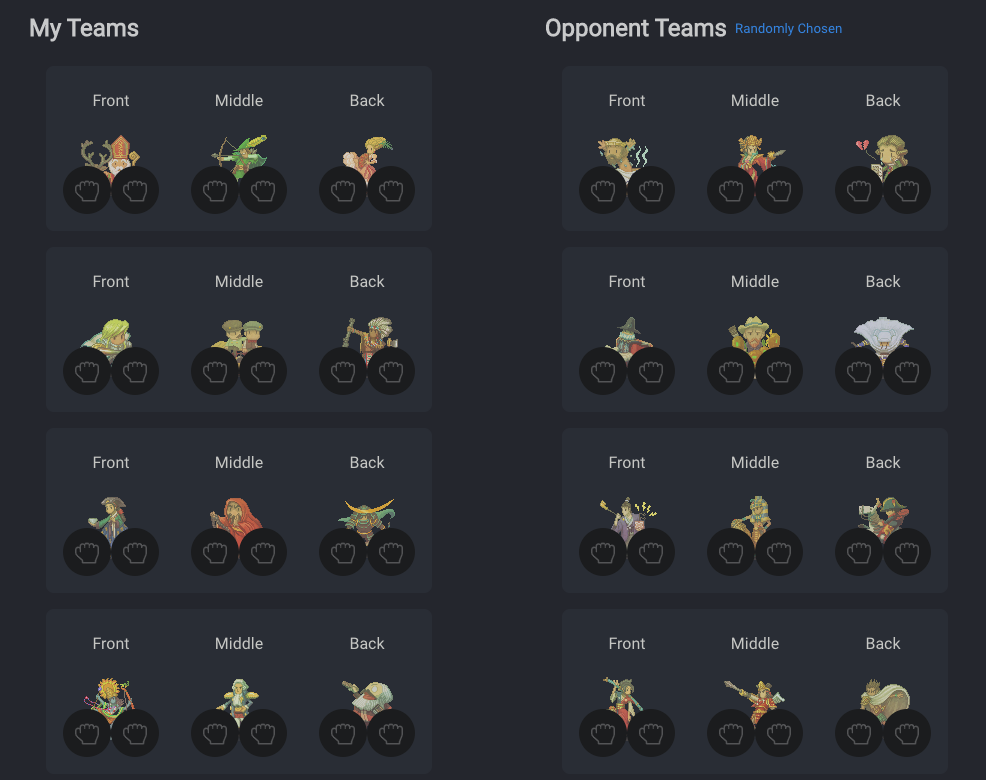 All you have to do is choose your team from the four available teams!

*There is no change in rating for each round.

You will continue the battle with the same user. On the next battle, you need to pick up your one team from the remaining.

The user to win two rounds wins the match, and their rating will change!

Rating is reset per Season

The following rules apply to Gym.

You can set up any hero or extension you want, as long as it is under the rarity limit of each gym. However, there is one gym-specific restriction.

For example, if you set "Oda Nobunaga" in Team 1, you can't use it in the other teams.

You will need to create an entirely different configuration for each team.